Come and learn some traditional Brazilian recipes from a passionate Brazilian cook. This rich, colourful and diverse cuisine incorporates a mixture of European, indigenous and African ingredients.

Interested in attending any future dates of this course?
Register your interest now

Over these four classes you'll learn some of the basic and popular meals made in most Brazilian homes whose recipes are passed from generation to generation. During these sessions you will have the opportunity to cook and taste traditional snacks, mains, sweets and drinks from Brazilian cuisine.

Brazil is a vast country and its cuisine varies widely by region, reflecting the mix of native and immigrant populations. The cuisine is influenced by European (especially Portuguese), African, native Indian and Asian flavours. Brazil has a number of world-famous dishes including barbecued meat, feijoada (bean, sausage and pork stew), moqueca (fish stew) and sweet treats such as brigadiero and quindim, and drinks based on the sugar cane liquour cachaça.

A teatowel, apron and a container for any leftovers. All ingredients ($60) are included within the course fee.

Those wanting to broaden their cooking repertoire. 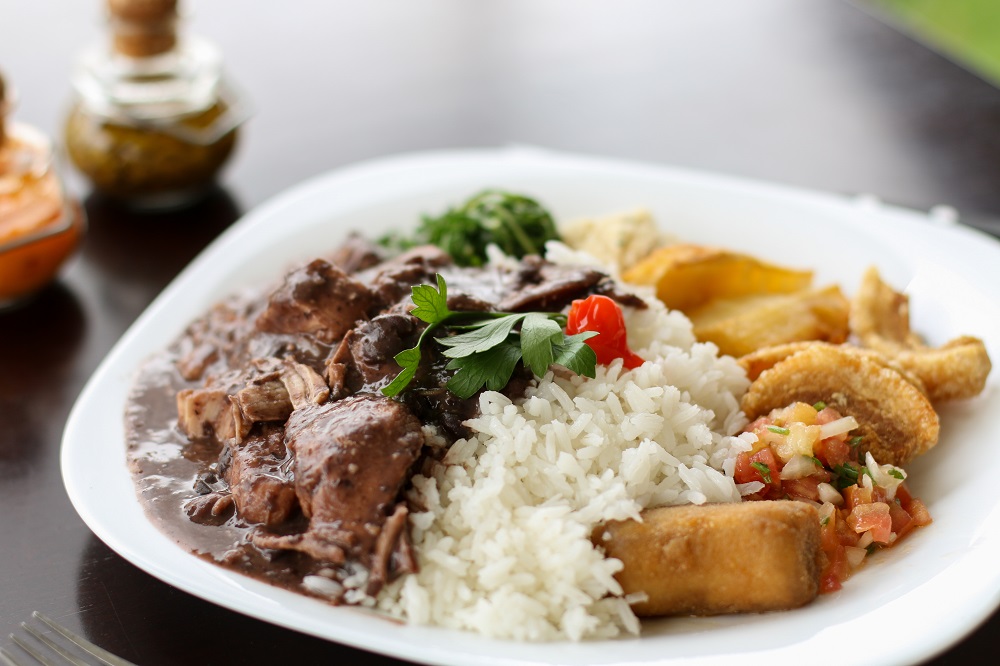