Sally started tap dancing at 6 years old then picked up modern/jazz at 7 years and followed the ISTD Tap and Jazz syllabus.  Sally was late to start ballet at 13 years old but it gave a solid foundation to all genres.

Over the years, Sally also enjoyed drama and singing classes, which along with the dancing, allowed her to be involved in several amateur musical theatre shows including The Wizard of Oz and Calamity Jane.

At age 19 Sally successfully auditioned for a chorus part in the Australian cast of 42nd Street. The show played at the Aotea Centre for 8 weeks and was a wonderful experience to work with such a fine cast.

Dancing took a back seat for a few years while she had her children and instead she focused on pregnancy exercise and trained as an instructor teaching pregnancy and post-natal exercise classes.  After teaching those classes for around 18 months she took break from teaching exercise classes to pursue her qualification as an ISTD Tap teacher, which she gained with Honours in 2009.

Over the past five years Sally has also gone back to teaching exercise classes but focusing more on post-natal fitness classes where she incorporates cardio, weight bearing, pilates and barre style exercises. 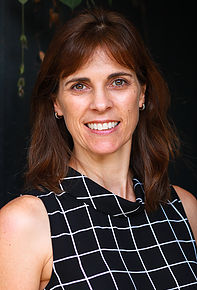