Paul Kalburgi is a British playwright, screenwriter, and television producer based in Auckland, New Zealand. His plays have been staged in London, New York and Dallas. He is perhaps best known for his work in verbatim theatre, with his drama In The Tall Grass (Bishop Arts Theatre Centre, Dallas) winning Outstanding New Play in the DFW Theatre Critics Forum Awards 2018. In contrast, his popular dark comedy Almost The Birthday Party (Etcetera Theatre, London) continues to be licensed by theatre companies internationally. Recent screenwriting work includes several episodes for the hit US docudrama series The Price of Fame (Reelz Channel). In New Zealand, Paul has recently started writing for Shortland Street (TVNZ 2). As a TV producer, he has produced content for networks in the UK and USA across a variety of genres.

Awarded MA (Writing for Screen & Stage) by Regents University, London, Paul continues to lead writing courses and workshops in the UK, USA and NZ. A resource book based on his workshops is due to be published by Nick Hern Books in Spring 2020.

Paul is a member of the New Zealand Writers Guild and the Dramatists Guild of America, where he serves as New Zealand Ambassador. 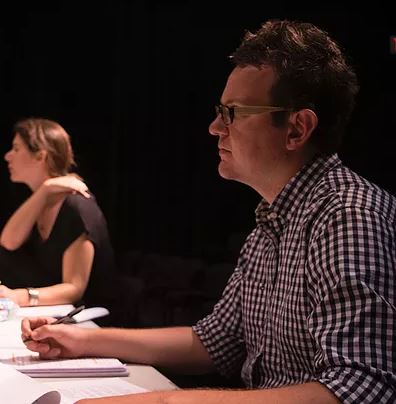