He has written and directed over a dozen films, which are a blend of character comedy and drama that often tackle some aspect of sexuality. This year, Kyan made his first funded film Repugnant through the Someday Stories initiative. The film stars Donogh Rees as a woman attempting to “cure” a pug of his homosexuality. The film also features Hamish Parkinson and Simon Prast.

Last year his TVNZ New Blood pilot The Sisterhood starred Amanda Billing and centred on a secret society of women who can time travel when they have sex. The episode won Best Pilot at the New Zealand Web Fest.

His short The Grind, about Christchurch gay men’s experiences on Grindr, won Best Student Film at Show Me Shorts 2015.

This year he won Best Script for La Coquille at the 48 Hours Auckland Finals, where the film also won Best Auckland Film. 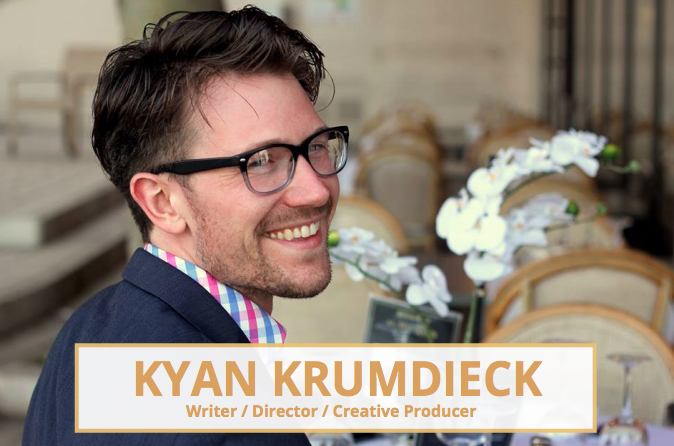